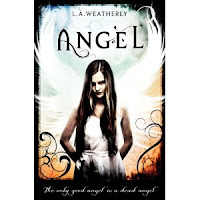 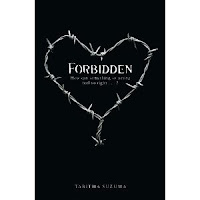 Are the right YA books out there for boy readers? How can writers engage with boys, and get them to read more? Is it true that boy readers feel excluded by writers and publishers?
This debate has been rumbling in the blogosphere for some time. First the immensely talented US writer Hannah Moskowitz wrote a post suggesting that too many male characters in YA are stereotypes. ‘Boys don’t read YA,’ she said, suggesting that older teen boys pass straight onto adult and non fiction. She suggests that boys in YA books have been stereotyped and sanitised, ‘stripped of substance’ in order to empower girl readers. Her solution is to ‘Write, publish, and promote books with real boys….three dimensional and relatable.’ Science fiction and fantasy, in particular.
Then US fantasy writer Tamora Pierce responded, pointing out the large number of male American YA writers and defending her choice of strong female characters. ‘There are still more books for guys out there than there are for girls. It’s fine that people write guy heroes. But please don’t knock those of us who know that being a girl, and a woman, is a lifelong fight, on the shelves and off.’
And now British writer Rhiannon Lassiter has posted a very thoughtful response, pointing out that the problem is more about reading vs non-reading than perceived gender difference. ‘The accepted wisdom in publishing as I’ve experienced it is that girls and women are enthusiastic readers, regardless of the gender of the protagonist; boys and men are reluctant readers who are only willing to read books about boys and men having adventures. My own experience suggests that contempt for reading in teenagers is much more a construct of exaggerated gender roles in society than any gendered antipathy. Both women and men can fall into the trap of wanting to appear anti-intellectual.’

As someone who’s written two books from a male point of view and just finished (yay!) the first draft of a third written with a girl narrator, here’s my take on the subject.

– Creating truly realistic three dimensional teenage characters is difficult if you want them to be sympathetic. The real master of this is Melvin Burgess, his Doing It is the best representation I’ve ever come across of real live teenage boys, and many teenage girls (and indeed some boys) would find their casual sexism totally repulsive. Equally, creating a real teenage girl – sometimes selfish and unreasonable, prone to mood swings and tantrums – comes across as demented and obnoxious on the page. So complete three dimensional realism may need to be somewhat watered down unless you wish to alienate your readers.

– In the UK there’s less of a distinction between ‘middle grade’ books for younger teens and YA books for older ones. Everyone tends to be lumped together as 12 plus. Many bookshops shelve their teenage books next to the picture books. What self-respecting teenage boy is going to be seen browsing there? Not many, I suspect. No wonder teens turn to adult and non-fiction books. Why not shelve older teen books alongside the adult books. Then older readers might buy them too. I’ve seen this done – at Deansgate Waterstones in Manchester, for example.

– Booksellers, librarians, publishers, writers – please stop thinking that books must divide into boys’ and girls’ books. Aim to attract readers, not put them off.

– I get more direct emails from girls than boys. I got more comments from the mothers of boys than girls, thanking me for getting their son reading. Booksellers tend to categorise my books as ‘boys’ books, because the main character is a boy and because there is blood on the cover. The girls tend to mention the love story element of the book…and several have said that they picked up the book because of the gorgeous boy on the cover. Not one boy reader on hearing that the next book is about a girl has said ‘I won’t be reading that.’ Of course they may be being polite. But I tend to think that readers who enjoy character-driven books like mine, don’t give a toss about gender.

– There’s a lot of competition for teen readers’ attention. Computers, television, gameing, sport. Plus in the UK older teens now have three years on the trot of important life-changing exams, plus essential on-going coursework as well. Teenagers’ lives do not have a lot of space for reading, and the national curriculum mostly ignores the potential of reading for pleasure. So anything is helpful which challenges the current culture and reminds teens that reading can be fun, interesting, comforting, helpful and mind-expanding. Reading groups in and out of school. Author visits to schools. Teachers and librarians who read contemporary YA literature and enthuse about it. Parents who take an interest too – without telling kids what they ‘should’ be reading. All of this helps the non-readers, whether boys or girls.

All this and more was up for discussion at an event I took part in last week at Piccadilly Waterstones, discussing life after vampires with fellow authors Tabitha Suzuma and L A Weatherley. Tabitha’s powerful story of consensual incest Forbidden has just been published (powerful is hardly the word, the book is so intensely affecting that I took days to recover). Lee’s new paranormal romance Angel is out in October, sounds fab and is being tipped as the next big thing. She made the point that the current craze for ‘dark romance’ has helped give books like hers a platform – something to remember when those of us who don’t write paranormal romances are whingeing about the shelf space and marketing spend they get in the wake of the Twilight phenomena.

The audience was packed with publishing folk and booksellers – taking part in a new children’s book forum set up by Piccadilly’s own Nicole Burstein, a bookseller full of the kind of intelligent enthusiasm that warms an author’s heart. Any teenage boy who thinks they don’t like to read should immediately be marched down to Piccadilly and presented to Nicole, who will doubtless find him a hundred books starring both boys and girl characters.

Some books we discussed were the immensely successful Hunger Games trilogy by Suzanne Collins – a dystopian tale with a strong female main character Katniss, and two somewhat idealised male love interests – Gale (strong, dark, silent, moody, good at hunting) and Peeta (blond, sensitive, loving, artistic, long lush eyelashes and good at making cakes). Catching Fire, the second in the series was marketed in the UK with dual covers – one with a quote from Stephen King, another with a quote from Stephenie Meyer. It’s worked – Mockingjay, third and last in the trilogy is the YA publishing event of the month and I’m among the millions of readers who can’t wait for get my hands on it.

Is that because of the marketing, or the gender of the characters? I think it’s just a good read. But what do boy readers think? I’d love to know.

13 Comments on “Books for the boys”